RentSense provides insurance products, offering new levels of protection for property owners and managers of residential rental properties.​
‍
The core product of RentSense is Deposit Plus+, an insurance security deposit alternative, which provides the property owner with 50% greater protection from rent default and damages.

Property owners and/or managers can get 6 weeks of rent default coverage with an option to get up to 3 months coverage for those paying higher premiums.

Deposit Plus+ is underwritten by an A-Rated, Admitted insurance carrier. Backed by States’ Guaranty Funds. Deposit Plus+ is an insurance policy, not a surety bond. Non-admitted, surplus lines for those in New York, Washington, and Florida. Tim has spent his entire career in the insurance business, as an agent, broker, brokerage owner and creator of new insurance products.

He was an insurance agency owner by the time he was 25, a remarkable accomplishment in the business. Having attended Marymount College in Boca Raton, FL, Tim has received multiple awards.

Prior to starting RentSense, Tim was the Co-Founder and Partner of AmeriFlood, LLC, a specialty flood insurance agency dedicated to assisting their clients by significantly reducing flood protection premiums. He was the recipient of the State Agent of the Year, National Agent of the Year and Top 90 Commercial Producer.

Judge David E. French is a retired circuit court judge who, for over 40 years, has had a distinguished career as a well-respected and civil trial attorney and jurist in South Florida. In 2006, he was elected as a circuit court judge where he served on the bench at the highest trial level for the 15th Judicial Circuit located in and for Palm Beach County, Florida until he retired 2019. He was also nominated by the Supreme Court of Florida to mentor new judges in the 15th Circuit. Throughout his legal career, Judge French has presided over thousands of complex civil trials involving insurance matters, commercial issues, and corporate disputes.

He has received distinguished jurist awards and in 2014 recognition from Sanford university School of Law for Mis Judicial public service. Judge French is admitted to the Supreme Court of the United States and the Federal Southern District Court of Florida. He continues to be a member of the Florida Bar in good standing.

Trisha comes to RentSense with over 32 years of experience in insurance, via operating, managing, owning and achieving top sales & customer service awards. She was consistently a top commercial producer, receiving many accolades for her work, including : Rookie of the Year, Excellence in Customer Service Helping Hands award, and the Fast Start New Hero award. Trisha was a top achiever in territory awards and seventh place in the country for commercial sales.

Most recently she was an agency owner of Allstate Insurance, before selling her business in 2020. Trisha enjoys interacting with people and loves to travel.

Her problem- solving skills, balancing numerous projects, and great work ethic, along with her experience in the insurance industry, make her a valuable addition to the RentSense team.

William is a Marketing Specialist who spent his career in the Broadcast industry partnering with numerous brands and agencies throughout the U.S.

Bill devoted the last 24 years as a Media Consultant and Sales Manager for WPBF TV 25/ ABC in the West Palm Beach Market. During his tenure he worked with local and national clients and agencies creating and executing campaigns using traditional, digital and social media to assist them in achieving their goals.

Bill instills a level of knowledge, creativity, trust and integrity with everyone he connects. He believes developing strong relationships is the foundation for success both professionally and personally. As a result of this ethic, Bill was a recipient of numerous awards by the parent company, The Hearst Corporation.

Bill graduated from Florida State University with a Degree in Marketing and Communications. Bill is devoted to family, is well versed in the marine industry as a passion, has traveled internationally, is a regular cyclist, and is continuously seeking new challenges. 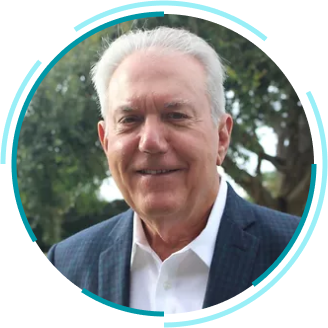 Whether in the air as a commercial pilot or on the ground in Houston as a sales executive, Rick is a dedicated and enthusiastic professional.

Rick is a graduate of the Florida Institute of Technology. Prior to taking his career to the air, Rick joined the United States Army, where he served in Operations Desert Shield and Desert Storm as an Air Defense Team Chief and Squad Leader. As a pilot, logging over 9000 hours, Rick has proven to be a natural leader, a team player and a capable instructor.

Rick also has an entrepreneurial spirit. As an employee of a major regional airline, he and his team were tasked with creating a new line of business. They secured contracts with key players in the oil and gas industries, casinos and NASCAR teams, generating revenues of over $50MM in just four years of charter operations. Most recently, Rick has been a first officer with a major airline.

Rick has embraced his role as Senior Vice President of Sales for RentSense with the same enthusiasm, dedication and tenacity that made him a successful aviator and entrepreneur, forging new relationships and alliances for the brand.

Rick is a firm believer that “life begins at the edge of your comfort zone, and I tend to do things most folks don’t want to, and that’s where I’ve learned the most, and found many of life’s opportunities”. In his spare time, Rick continues his adventures by scuba diving, skiing, flying and riding motorcycles.

Jeff built his business in New Jersey by creating specialized programs in the agriculture industry including landscapers and nursery owners.

Deciding to relocate his family to Florida, Jeff sold his agency in NJ. He is a co-founder and a partner of AmeriFlood, a specialty flood insurance agency dedicated to assisting their clients by significantly reducing flood protection premiums. He and his team of expert professionals have developed a niche market in the multi-family space, helping condominium associations and apartment communities significantly increase the values of their properties by reducing their overall insurance costs.
‍
Jeff began his insurance career as an agency owner in September 1992, upon graduation from the University of North Carolina at Charlotte.